For some months, there was crisis and also there were factions in ECDA Galle branch, which affected the running of affairs the ECDA branch.

However, that is over, thanks to the ECDA national body that intervened and asked the two groups to submit names of the people that would come in as interim Excos.

The caretaker Committee constituted by the branch worked for some period and stabilized the branch.

When the members of the branch met, under the supervision of the National Body of ECDA, the Caretaker Committee was unanimously adopted to take over as the substantive leadership to pilot the affairs of the ECDA Galle branch.

The meeting which saw the returning of the Caretaker Committee as the new EXCO took place at LGEA Primary School, Ungwan Chiyawa, Nassarawa Eggon with many stakeholders from Galle in attendance.

The new Executive Council was inaugurated by Barrister Shehu O. Yakubu with Dr Vincent Paul, the ECDA General Secretary presiding and Suleiman Danladi Gyabo of Agbashuru branch as an observer.

After the inauguration, Eggonnews had a chat with the new Chairman, Alhaji Umar Abdullahi Galle during which he bared his mind on the circumstances that led to their emergence as the new leadership and his vision for the Galle people.

Here is how it went:

I just want to ask you if you envisioned yourself reaching this landmark being the president ECDA Galle branch or it came as a surprise to you.

Actually, I never saw this coming. Although I used to attend ECDA meetings in Galle, however, I never thought of having this aspiration to run for chairman ECDA Galle branch. It happened out of the blue and it is overwhelming.

Before we started you made mention of the crisis in ECDA Galle branch and you people took over and then the elections here finally conducted and you emerged as the chairman. Sir, what are your plans or vision towards uniting ECDA Galle branch?

Actually, I am a product of consensus. I am happy to be a product of consensus because overwhelmingly I received Galle endorsement to lead them as ECDA chairman. I was given the position of caretaker chairman sometime in the month of February 2020 with a two-month mandate to conduct election. It was a five-man caretaker committee. By the grace of God, when we came on board, we communicated with relevant stakeholders and also met with the village head of Galle community where we told him of the mandate given to us by the ECDA national body. We met with area head of Galle area, because in Galle, we have many settlements with over twenty area heads. We met with them and told them our mission and also met with ECDA stakeholders that served in various capacities in the past.

ECDA has been in Galle since 1977. So, they produced many stake holders. So, I was able to assemble them and chat with them and then we both agreed on a path on how the caretaker committee should move on with their business.

Around March or so, when there were restrictions due to Covid-19 global pandemic, we were not able to move further.

However, in October this year, when the ban on social gathering was lifted, the National body of ECDA held their NRC (National Representative Council) meeting, which we attended, specifically me and my secretary and we received a directive to hold election in Galle within a month.

We met with stakeholders and village heads and I made a declaration because people were calling since we came on board saying they were satisfied with our performance and so they wanted us to continue. But I told them to reach out to other people and find out their true feelings.

I should say that we received overwhelming support from people and they asked us to continue as substantive leadership of ECDA Galle. The stakeholders looked at the matter critically and based on ECDA constitution, which says leadership could emerge through consensus and endorsement.

I would say ours was more of endorsement, which was fully ratified by the elections in the branch that the occasion held, and we won and were inaugurated.

We are happy to now assume full leadership of Galle branch for the next three years where we would pilot the affairs of Galle.

With the support I received, I want to make a difference and leave a legacy behind. I have a huge vision for Galle. There are many things that need to be done in Galle going by our history, our situation at the moment and where we want to be in the future as a community. For instance, we have a land in Galle, I remember when I was a little kid, a fund-raising appeal-launch was organized in primary school at Galle. That was around 1986 or 1987 and it was a success because they were able to secure a land for that project. However, from that time till present day, there has not been anything.

I feel challenged and I want to take it to the next level, even if it means having a foundation laying ceremony to raise it in order to start something. This is one of visions.

I want to also look around other aspects of live in Galle: how do we improve the socio-economic life of our people? How do we get to understand how to live a better life and also explore the economic opportunities around the community and see how we encourage our people to take advantage of available opportunity around them and translate them into economic gains? How do we reach out to people and see how we could help and see that Galle is connected to national grid, because mainland Galle is not connected to national grid, even though Galle is almost part of Nassarawa Eggon? The population and development are far reaching, and Galle shares a boundary with Nassarawa Eggon town. Therefore, Galle needs to be upgraded to that level by being connected to national grid so as to encourage economic development.

I also want to see that we encourage our people to enroll in schools by reaching out to parents and children in the community, by creating a forum for enlightenment. It is not enough to train your child to primary level and just let him be and ask him to settle to raise a family. In this modern age, it is not enough!

We need to have a conversation with their parents on the need for them to support their children to the university level and also support them by either sponsoring the child through secondary school or JAMB registration. We started these a few years back and it stopped. We need to revive it because someone would just finish primary school and stop furthering his/her education. We need people to support such projects so that Galle sons and daughters would go to the university and this will translate into human recourses needed to develop the community.

What would be your message to the stakeholders in Eggon land concerning the projects you have planned?

I really need their support and I am going to come to them. Many of the projects are capital intensive and we would reach out to them in the capacity of politicians, industrialists, farmers and various occupation in order to add value to the lives of my people. We should provide the platform for them to invest in the livelihood of my people, because the projects are human capital development based.

Galle as a community has a lot of electoral value. We shall therefore engage politicians who would approach us for our mandate; we would negotiate with them. We would want the votes to translate into something meaningful and tangible to our community, because it is their responsibility to develop our community. It has to be beneficial to both parties involved. We shall reach people in the industry and government and then people in the higher institutions of learning. We would reach out to them also to see how we could help secure admission chances into the higher institutions of learning. We hope to set a standard for the next official coming after us.

Do you have some words of appreciation to all those who supported you in this journey?

This is a very good opportunity for me to appreciate those that supported us in this journey till now. I want to say a big thank you to all those who supported this course. It has been a people-driven course. I really solicit their cooperation and support. That matters a lot for us to achieve the goals set, so that they would not be disappointed. There is no reward in serving your community, the only reward is from God and once the people appreciate your work, it is also a reward, I want to canvas their support. Together we would make Galle great again. Thank you very much for this opportunity. 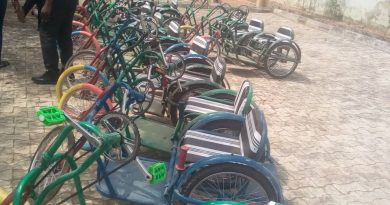 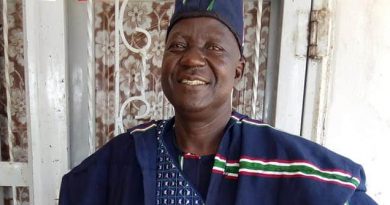 ‘My kidnappers mistook me for a Minister’, released kidnap victim narrates ordeal in Nassarawa Eggon