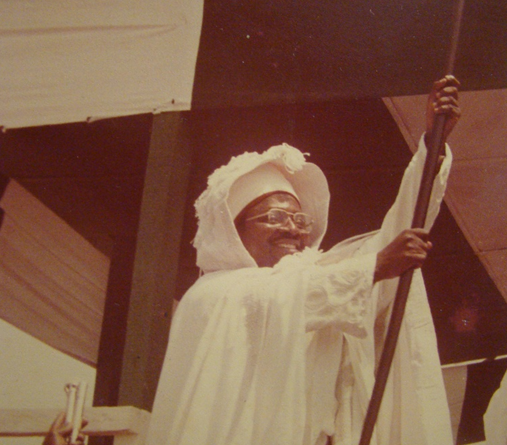 Now that the remains of the late Aren Eggon, Dr Bala Abaine Angbazo, JP, have been interred, the obvious question on the lips of each Eggon person and indeed even non-Eggon alike is: who will take over the reins? As it is, presently and as far as the Eggon traditional rulership is concerned, the Eggon can better be described as being acephalous. But for how long will this be allowed to be?

Reports have it that quite a number of people are interested in the highly revered traditional throne. That in itself is not bad. It is to be expected that several people would be interested in the stool. Moreover, every Eggon male adult is a prince, and in this circumstance, it is the right of every Eggon male adult to be interested. However, the fact is that only one person will emerge to sit on that throne. Inasmuch as there are people who have indicated interest and many more may show interest, we pray that there will be a healthy, free and fair contest. We are aware that some of the interested persons and/or their supporters have moved out to make consultations and/or sell their candidatures, we plead for maturity and decorum.

The core concern at the moment is the make-up of the College of Selectors which is currently raising eyebrows. It is not only unfortunate but also a monumental shame and embarrassment that the Eggon nation has found itself in such an avoidable quagmire. We saw this possibility catching up with the Eggon people many years ago and not only passionately draw attention to this scenario, but also suggested that the needful be done and quickly too. When the number of the kingmakers was fast depleting, there were calls from various quarters for replacement but, here we are, with fewer than twenty per cent of the Gazetted Selectors. What disgrace and shame!

Over the period, we are aware that there were claims and counterclaims between the Aren Eggon who statutorily should be the body to submit the names of the selected Village Heads for confirmation on one hand and the approving authorities on the other hand. Whereas the Aren Eggon insisted that he was ready with the list of the Village Heads, there were reports that some interested persons petitioned against the names. On the other hand, the Local Government Authority also flexed its muscles. The supervisory Ministry for Local Government and Chieftaincy Affairs were also part of the problem. At a point, it appeared the Eggon unwittingly were played into a fix. Nevertheless, no problem defies solution when given prompt attention.

In the circumstance, therefore, we call on the Eggon Traditional Council, the Eggon Council of Elders and the Forum of Eggon traditional Title Holders under the leadership of the Nassarawa Eggon Local Government to move fast, convene a meeting with a view to come forward with an acceptable and workable solution and then recommend the same to the State Government. We are conscious of the extant laws as to what could be done even in the present situation, but there are exceptions to some rules. It is in this light that we plead that the Eggon situation (should) be considered as such.

However, beyond having an Aren Eggon, we need to settle some fundamentals, which were not envisaged as at 1980 when the law establishing the Chiefdom was gazetted. A review of the 1980 Law has now become pertinent.

Even as we wait patiently for the next move to select an Aren Eggon, some questions beg for answers. One, in the present state, who can define the exact territorial jurisdiction of the Aren Eggon? How much power and authority can the Aren Eggon exert over other existing Eggon Chiefdoms, for instance, the Akun chiefdom and Eggon Erroh Chiefdom or even the yet-to-take-off Nassarawa Eggon and Agidi Chiefdoms? Can the Aren Eggon, for instance, appoint District heads or Village Heads in Akun or Eggon Erroh chiefdoms? As far as the laws establishing those chiefdoms are concerned, the answer is in the negative.

Second, as it is presently, as far as the original College of Selectors or what is popularly known as Kingmakers of the Aren Eggon are concerned, they are scattered in Akun, Agidi, Nassarawa Eggon and Eggon Erroh Chiefdoms and these same people are among the kingmakers of their various Chiefdoms. Should they be selectors of both their Chiefdoms and the Paramount Aren Eggon? We find this a little confounding and untidy.

In this case, we hasten to recommend that the Eggon could copy the Tiv model, where, granted the Tor Tiv, whose palace is in Gboko, is the paramount traditional ruler who rules over the affairs of the entire Tiv people all over the world. He does not have limited territorial jurisdiction. There are chiefs in the several Tiv Chiefdoms, but they all defer to the Tor Tiv. In their case, there is only one Tor Tiv, while others are either Ter this or Ter that.

It is good that we have Aren Akun, Aren Eggon Erroh, Aren Koron Kuje and the yet-to-take-off Agidi Chiefdom. Any other Chiefdom created in Eggon land will or should follow suit. We should however have only one Aren Eggon, who rules over the affairs of the entire Eggon people all over the world, even if the statuses of the other Arens are upgraded to First Class.

To us, these are issues that call for urgent attention and clarification by the State Government as in conjunction with the Eggon people. This matter should be taken up by the Nasarawa State House of Assembly.

The creation and take off of Igga Chiefdom with Eggon Village Areas of Burumburum and Gbamze under Eggon Heads who are also supposed to be selectors of the Aren Eggon may also be another issue to be considered. These villages were also part of the single Eggon Chiefdom before latter developments.

We are aware that there are calls in some quarters for the selection of the next Aren Eggon to be done urgently. However, we call for caution, so that the right thing be done and done well.

Although we pray for caution in handling the matter, we however plead that the sooner the issue is settled, the better for Eggon nation. Time is of the essence. The longer it takes, the more complicated and intractable the issue would become; thereby allowing or creating room for extraneous issues to be introduced by those who may not have the interest of the Eggon people at heart.

The Eggon people must and should rise above base sentiments and allow the will of God to prevail in this matter.

A number of prominent Eggon sons have been named as being interested in ascending the throne. We accept as true the fact that each of the aspirants is eminently qualified to sit on the revered throne of the Aren Eggon, but the obvious fact is that only one person can be there at a time. It, therefore, means, when the chips are down and selection is done, only one person will emerge as Aren Eggon. We, therefore, call on all the aspirants to prepare for that eventuality or the possibility of not being selected, so that they would not be too disillusioned and, in so doing, harbour resentment.

Inasmuch as this is about the traditional rulership of a people, we do appreciate the fact that the Government has a critical role to play in this matter. However, over time, governments at various levels have been alleged to have interfered in the selection process, thereby denying the people the right of choice via the College of Selectors.

It is against this backdrop that we hasten to appeal to the Nasarawa State Government, via the supervisory Ministry for Local Government and Chieftaincy Affairs, to ensure a transparent, credible and free and fair process devoid of any form of underhand meddlesomeness to avoid overheating the polity. This will ensure continued peace and stability that the State Government has the constitutional mandate to cultivate, maintain and uphold.

May God give the Eggon a worthy Aren to uplift and guide the people unto a new phase of history as the custodian of ancient culture and traditions. 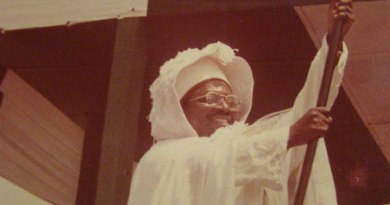 How New Aren Eggon Will Emerge 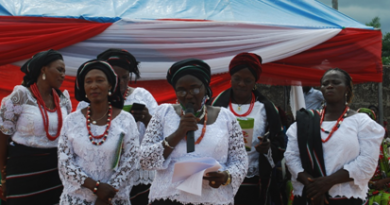 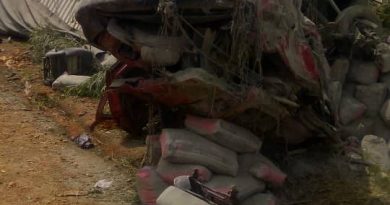