The Leadership of the People Democratic Party (PDP) in Nasarawa State has suspended three stalwarts of the party for alleged misconduct and antiparty activities.

Accordingly, the PDP in the State said that the suspension was part of efforts by the leadership of the party to force out people considered as sell out and to restore sanity, where every member would have the opportunity to participate in the party affairs through due process.

The Publicity Secretary of the party in the State, Mohammed Umar Bwala said the party arrived at the decision at the end of the joint meeting with the State Executive Council of the party, Elders Forum and some caucus members of the party, at the state party Secretariat in Lafia.

He said, the suspended trio have drifted away from the ideology and principle of the party, which was responsible for many crises the party had faced in the recent past, adding that they have been instigating some members of the party to cause problem among party members.

According to Bwala, Ewuga, Elayo and Onawo have in the past instigated some party loyalists to fight against the decision PDP leadership, which was why the state Congress of the party could not hold, with Kokona and Wamba Local Government Areas the case of which is still in the court.

He said, as party stalwarts, preference was given to them at all stages and wandered why they would allow themselves to be sponsored by others to obstruct the party’s Congresses, and as well drag the party to court.

The publicity secretary blamed the delay and crises experienced in the Ward, Local Government and State Congresses to the activities of Ewuga and co, who he said are insisting that there interest must be served and placed above the collective interest of the party.

He said there are enough proofs before them that prove and show that their actions and activities are questionable, such that are against the party guidelines.

He explained that the suspended members are going to face disciplinary committee to clear their names on the number of allegations levelled against them.

“With the overwhelming evidences before the committee, where they are sponsored and used by some outsiders to cause commotion and chaos in the PDP, the executive has decided that they should go on suspension after which they should appear before the disciplinary Committee.

“This is the first step the party has decided to take, because they are still members of our party, and if they are found wanting by the committee, they would be sanctioned accordingly no matter their positions or how highly placed they are in the society.”

Bwala added that in PDP, nobody is above the law, saying that “PDP cannot fold it hands to see the reputation of the party dragged on the ground.

… We’re Yet To Be Communicated – Sen Ewuga, Hon Onawo

In a swift reaction, Senator Solomon Ewuga and Honourable Mohammed Ogoshi Onawo said they were yet to be served the letters of suspension as at the time of speaking with them.

Speaking with Eggonnews, Senator Ewuga said: “For now, there is no reaction until I get the letter of my suspension from the party. It is only then that you will know the reason.

“I am not sure that I know exactly why they have acted that way because I have not been asked, neither have I been placed into a situation where I would respond to anything.

“There are processes of suspension which they didn’t follow.

“It is a breach of right to fair hearing and fundamental human right of an individual, I’m just hearing it and nobody has served me with a letter to that effect,” he said

He explained further that the election of party officials in the state executive is not an affirmation and everybody has the right to support the candidate of his or her choice.

“It is an election and not affirmation, that is what democracy is all about, it is not a military era, so everybody should subject himself to an election,” he said

“When I get the letter, I will know the next step to take.”

On his part, Honourable Mohammed Ogoshi Onawo said: “This is something that I have not been communicated; I have not been told officially by the party about what you have said.

“The party has a system of operation. If I am to be suspended, there are processes to be followed. If I am suspended officially a letter will be given to me.” 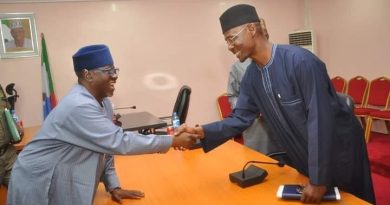 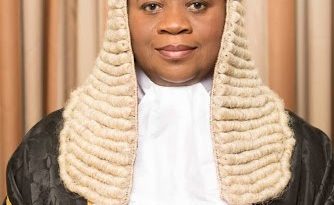 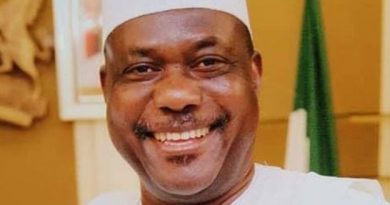