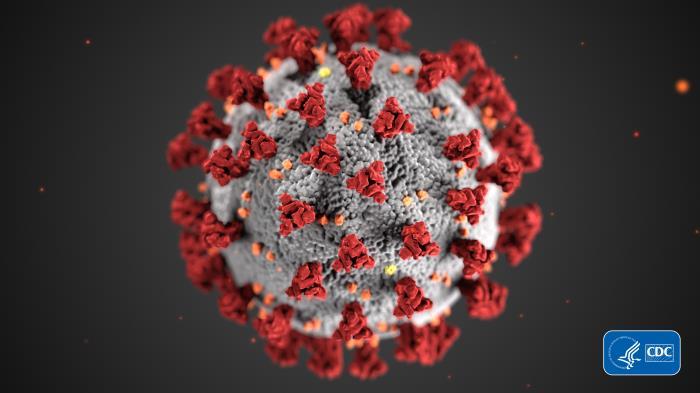 The most widely discussed issue all over the world right now is probably the virus that has taken the world by storm, Corona Virus Disease 19 (COVID19). Commonly called Coronavirus all over Nigeria is now a global concern and has stirred discussions among professionals and non-professionals alike. The virus, which surfaced in a Chinese seafood and poultry market late 2019, has spread to at least 200 countries, killing more than 30,000 and sickening tens of thousands of people in a matter of weeks. The World Health Organization has declared the situation a pandemic and by implication a major public health concern. The virus spreads primarily through droplets of saliva or discharge from the nose when an infected person coughs or sneezes, so it’s important for people to practice respiratory etiquette like coughing into a flexed elbow among many other preventive measures.  Being informed about the virus and how it spreads is probably the best measure for preventing and slowing down the transmission of the virus.

Since the first case of COVID 19 in Africa, reported in February in Egypt, African countries began to take appropriate measures to prepare against the breakout of the disease. Malawi for instance declared COVID 19 a national disaster, shut down schools and public gatherings, Nigerian government sent out a delegation from the Centre for Disease Control to learn how countries are handling the cases while preparing places for testing and treatment; other African countries also tread in the same direction of getting ready and putting measures in place to tackle the diseases once reported.

A lot of countries are now locked down as a result of reported cases and preventive measures to reduce transmission. The Nigerian president in his live broadcast on Sunday, 29th March, 2020 directed a lock down in Lagos, Osun and the FCT, the three locations with the most cases in Nigeria. Some states are implementing a curfew for some hours. In spite of all the measures taken by the national and state governments, it is obvious that a lot of people don’t seem to understand the gravity of the disease and are consistently against the rule of thumb and recommendations by the government and health professionals. COVID19 has been reported to already have a huge impact on the global economy.

In this article, I will be giving general highlights of COVID 19 globally, the Nigerian context and the level of the federal government’s preparedness. The article will also highlight best practices for prevention and what individuals and groups can do to help others and their communities at large during this period.

According to the World Health Organization (WHO), fever, tiredness, and dry cough are the most common symptoms of COVID-19. However, aches and pains, nasal congestion, runny nose, sore throat or diarrhoea patients may manifest in some patients. Symptoms are usually mild and progress gradually. Asymptomatic patients usually do not develop any symptoms and don’t feel unwell.  Since the inception, about 80% of those infected recovered from the disease without needing special treatment. Around 1 out of every 6 people who gets COVID-19 becomes seriously ill and develops difficulty breathing. Older people, and those with underlying medical problems like high blood pressure, heart problems or diabetes, are more likely to develop serious illness once infected. People with fever, cough and difficulty breathing are advised to seek medical attention from any of the government’s health centres marked for the purpose of the disease.

While there is a lot of campaign for people to stay at home during this period, I have consistently told people that, the people around you need to take caution as well for people to stay completely safe. When one person is cautious and other people aren’t, the chances of transmission remains the same. Best practice ensures that everyone, everywhere take caution and do as directed and advised by World Health Organization. Below are key preventive measures and simple precautions to take:

The first confirmed case of COVID19 was announced in Nigeria on 27th February 2020 an Italian citizen who works in Nigeria had returned on 25 February from Italy through the Murtala Muhammed International Airport, fell ill on 26 February and was transferred to Lagos State Biosecurity Facilities for isolation and testing. Since then, a lot of other cases have been confirmed. As at 11.15am on Tuesday, 31st March, 2020, a total of 134 cases have been reported in Nigeria. Here’s a timeline of COVID19 in Nigeria

27th February, Nigeria confirmed its first case in Lagos State, an Italian working in Lagos who returned from Italy

9th March, the second case was confirmed, a Nigerian citizen in Ewekoro, Ogun State who had contact with the Italian citizen.

13th March, Nigeria confirmed that the second case no longer had the virus in his system and thus tested negative.

17th March, Nigeria confirmed the third case in Lagos State, A 30-year-old Nigerian female citizen that returned on 13 March from the United Kingdom.

22ndMarch, Nigeria confirmed eight new cases: six in Lagos State, one in Oyo State, and one in the FCT.

23rdMarch, Nigeria confirmed ten new cases: six in Lagos State, three in the FCT and one in Edo State.

26thMarch, Nigeria confirmed fourteen new cases: twelve in Lagos State, one in Bauchi State and one in the FCT.

26th March, Nigerian government announced that they were tracing 4,370 suspected cases of the virus.

28thMarch, Nigeria confirmed sixteen new cases: seven in Lagos State, four in Oyo State, two in the FCT, one in Osun State, one in Kaduna State, and one in Benue State.

30thMarch, Nigeria confirmed twenty new cases: thirteen in Lagos State, four in the FCT, and two in Kaduna State and one in Oyo State. Five new persons were discharged with one new death. The suspected cases that Nigeria are tracing now are 6,000.

31st March, Nigeria confirmed 4 new cases: three in Osun and one in Ogun.

Like many African countries, a lot of Nigerians feel the Nigerian government did not put in appropriate measures in place to avoid corona virus in the country and also to manage the existing cases. The Federal Ministry of Health for instance has not put in place strong measures to ensure the compulsory isolation of people who are coming into Nigeria from countries with on-going transmission of the virus. Currently there is a scare of transmission across the country. There have been reported cases of popular Nigerian figures testing positive and coming in contact with other people who have also tested positive.

Currently there are only five (5) testing centres in Nigeria; located at Lagos, Osun, Ibadan, Abuja and Edo state.

State governments are putting appropriate measures in place to mitigate transmission and also plan for response in case reported cases. Social gatherings have been banned and awareness raising is increasing through different platforms. Like most state governments, Nasarawa state government have announced that government expenditure will be cut down from April to make funds available for handling COVID19 in the state.

Helping people to stay safe from your room

Since most people are resolving to staying indoors and only going out when it is absolutely necessary and with the lock down in some states, people who can afford, are spending a lot of time on social media and are getting updates on current trends. Here are things you can do from your room to help others to stay safe:

With the number of cases in Nigeria increasing almost on a daily basis, it is now obvious that all hands needs to be on deck if we need to be all be safe. People need to stop travelling around, get tested and also ensure that people around them are doing same. The government need to put in stringent measures in place. Testing centres need to be increased across the country and individuals need to take personal responsibility. 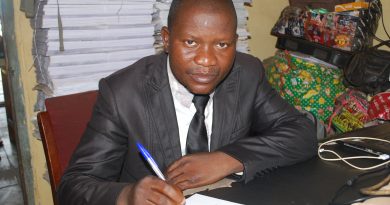