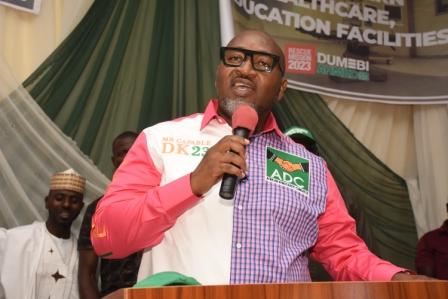 The Presidential Candidate of the African Democratic Congress (ADC), Dumebi Kachikwu has held a town hall meeting with supporters in Lafia, the capital city of Nasarawa State where he called on Nigerians to reject the ‘old politicians’ who have been at the helm of affairs in the country for many years.

According to the presidential candidate, it does not make sense that Nigerians keep electing the same set of people who may only be coming under different political parties, and expect such persons to effect meaningful change in the country.

In his words: “There is a power you have that you do not know. The power to every government house is in your fingers. The power to Aso Villa is in your fingers. But the question is this: why do we always give this power to people who cannot help us? How do you justify a State with one of the most fertile lands in the whole of Nigeria – I am talking about Nasarawa State where you can grow almost anything. Some of the most intelligent and hardworking people are from Nasarawa State. What is wrong then? Why do you keep on electing blind people?

“In 2023 you cannot make the mistake of electing people who cannot help you. You cannot as a young man who ought to be thriving, your farm ought to be making you a rich person but you are now staying begging for peanuts to buy airtime or money to pay rent or buy fertilizer. How does that make sense?

“In this election season, as I move around I see Nigerians complaining about Nigeria when the power to change Nigeria is in their hands. But you still see the same Nigerians wearing Tinubu, Atiku, Obi, or Kwankwaso face-cap. These are the same old men who destroyed our country, and who put us in this condition. But you see young Nigerians abusing themselves on social media because of these old men.”

He called on Nigerians to blacklist any politician who will want to pit them against any tribe or religion in the country. According to him, what matters is the capability for the job and not the person’s tribe or religion.

Also speaking at the town hall meeting, the Chairperson of the Board of Trustees of the ADC, Senator Patricia Akwashiki said the ADC decided to field mostly youthful candidates because the party believes that it is time for the youths to take charge of their destinies from the hands of the older politicians.

She said: “We need young people, we need vibrant people, we need healthy people to lead our nation. Haven’t we suffered enough? Your PVC is your voice. Do not sell your PVC this time so we don’t complain for another four years.”

Senator Patricia Akwashiki said that the ADC was the only party that deliberately gave their platform to the youth to contest for various positions and therefore called on the youths all over Nigeria to repay this gesture by voting in ADC in all positions in the general elections come 2023.

According to him, as the home State of the party’s BoT Chair in the person of Senator Patricia Akwashiki who is well known in every corner of the State for her excellent service to the people, the ADC presidential candidate can rest assured that Nasarawa State will give block votes to the ADC come February 2023.

The ADC presidential candidate, Mr. Dumebi Kachikwu was in the company of his running mate, Mr. Ahmed Buhari, and some members of the audience were allowed to ask them questions. The questions were mostly on security, agriculture, solid minerals, and power to which the presidential candidate and his vice provided answers. 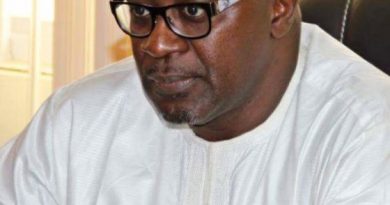 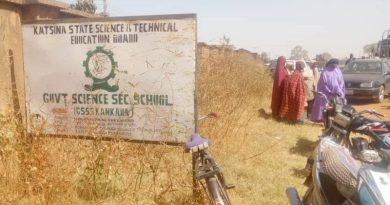